We’re excited about the True North conference happening next week.

Next week, Waterloo Region will host one of the largest tech conferences in Canada – True North. We’re excited about joining the conversation about how to use Tech for Good. And, there is lots of good happening in Waterloo Region when it comes to tech. 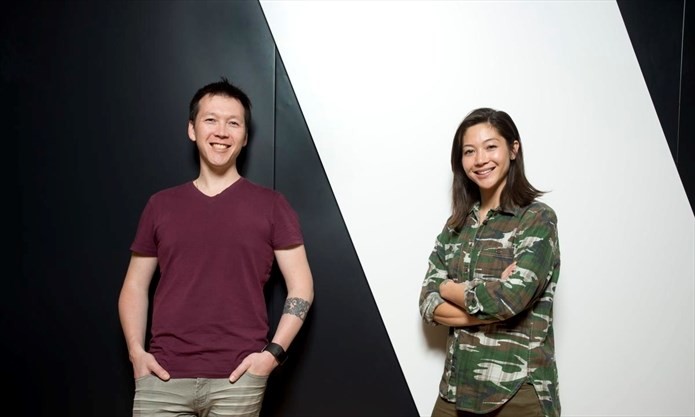 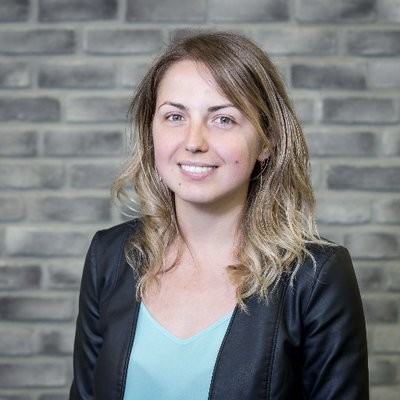 Greta Cutulenco co-founded Acerta to use big data and machine learning to help car manufacturers. Acerta uses deep learning to analyze the safety of each vehicle before release. Feedback is continuously processed to improve the software. In doing so, Acerta has helped clients “achieve a new standard of quality and improved KPIs.” 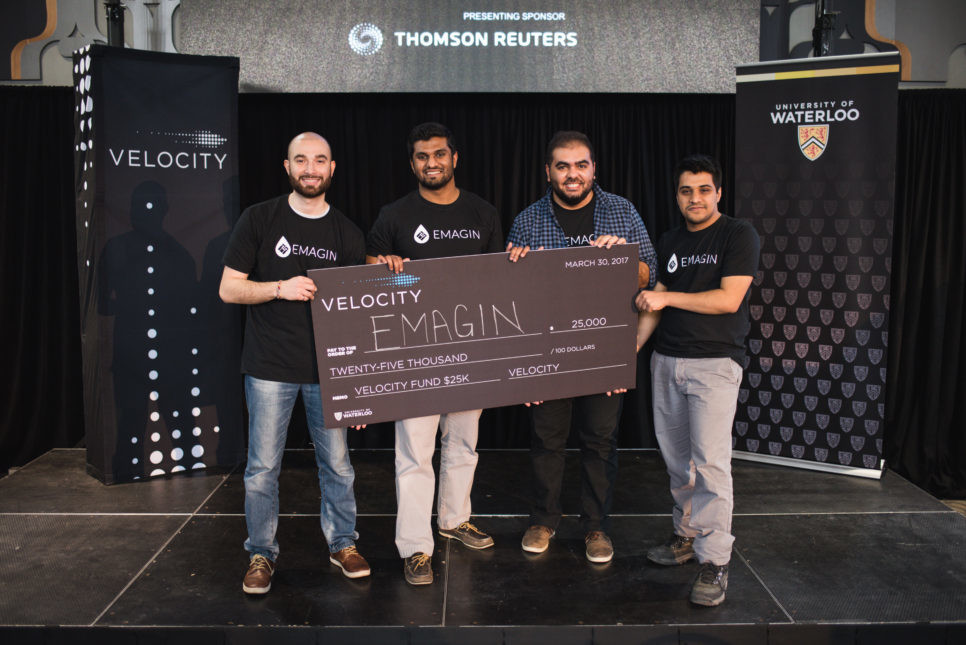 Emagin is another key player. Their focus is using AI to manage water and wastewater facilities. They specialize in emergency preparedness and anomaly detection. Their methods – which harness the power of the cloud, big data, and virtual assistants – have shown to reduce operational costs. Emagin was also nominated as a top ten global digital water company. 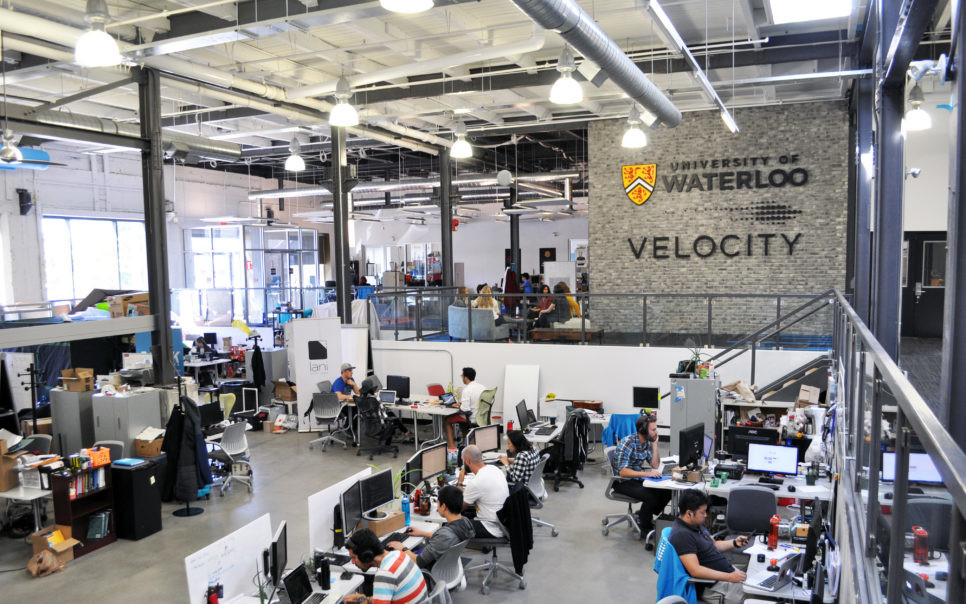 Startups are supported by a strong network of organizations such as Communitech, the University of Waterloo’s Velocity programs, the Accelerator Centre, Wilfrid Laurier’s LaunchPad and Conestoga College’s Centre for Entrepreneurship.

These organizations offer business advice, hands-on help for recruiting and innovating, workspaces, as well as investment and networking opportunities.

The recently announced Waterloo AI institute embodies this spirit. The center intends to transform “how we work, how we travel, how we treat disease, how we communicate, and how we learn.” The research will accentuate the work of AI enthusiasts such as Dr. Alex Wong and Dr. Fakhri Karray. A core focus will be uniting disciplines, teachers, and students in the investigation of AI.

Waterloo has an important role to play as the heart of Canadian AI innovation. Moving forward, more research into machine learning will help tech advance safely and productively. This institution is well-positioned to allow Waterloo to further support its vibrant community. Learn more about it here. 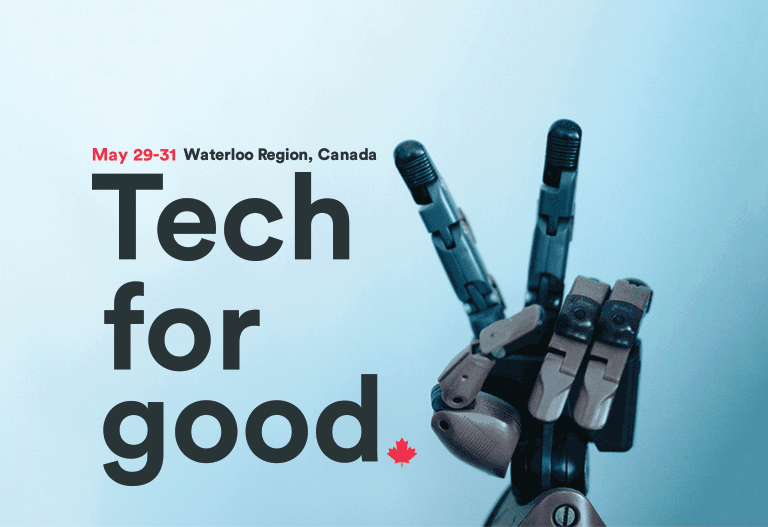 4. Join the discussion at the True North conference

Waterloo Region is home to the True North conference, running May 29-31. Join other leaders to discuss the state of the tech sector and how it is impacting society and our daily lives.

Evenings feature #TNDTK festival events such as tours of startups and other points of interest, a concert by the Beaches and an incredible night of technology, sound, and electronics at THEMUSEUM in Kitchener.

By Jack Mitchell and Wes Worsfold

Wes Worsfold is CEO and co-founder of BitBakery Software located in Waterloo Region.

We interviewed BitBakery’s Director of Application Development Ryan Sweny about his interest in serverless technology. 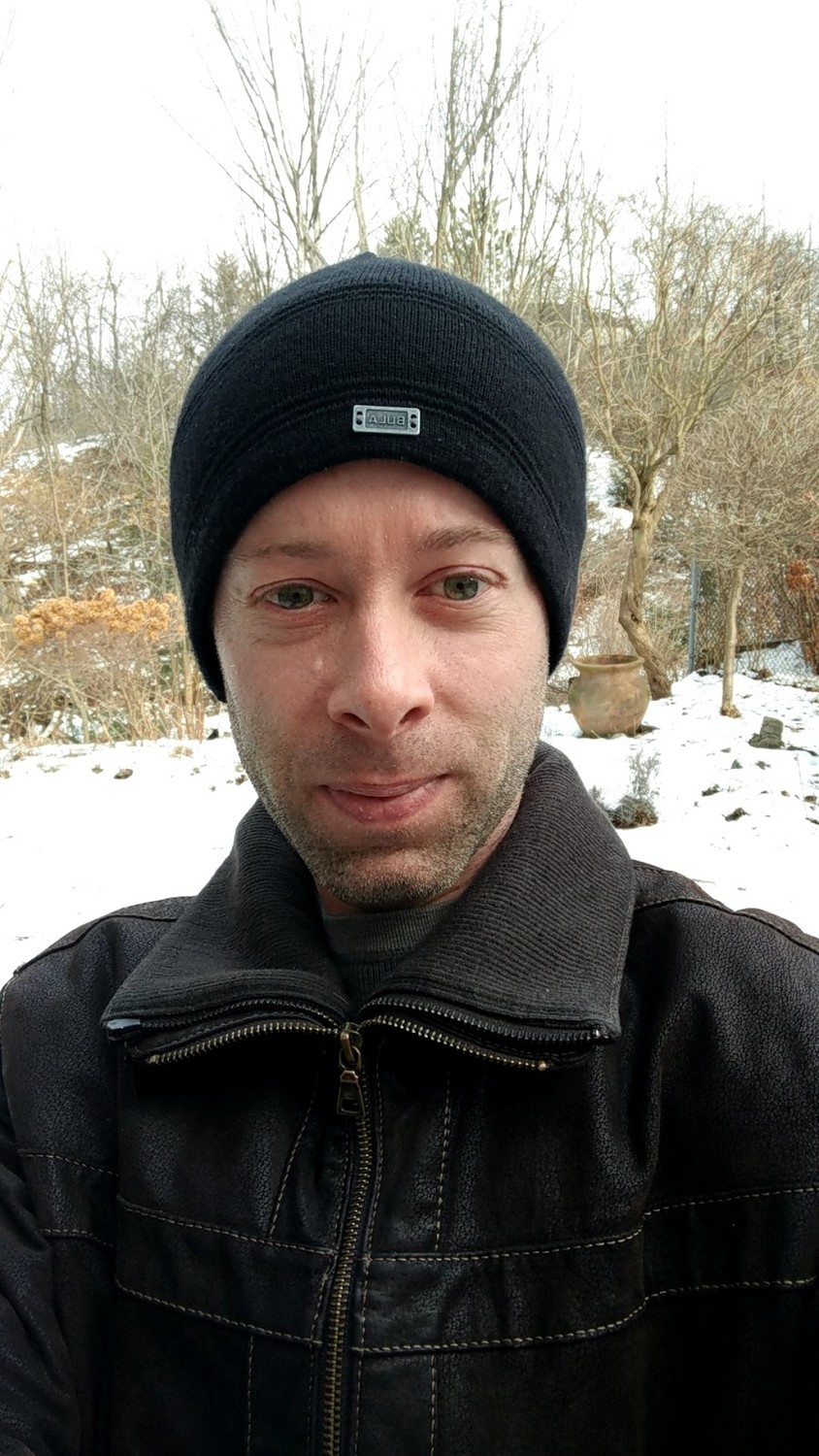 1. What is serverless technology?

“Serverless technology is a cloud service whereby you don’t need to have your own server.

You only need to write core logic for your server as a bunch of stateless API (application program interface) calls. The provider takes care of hosting for you, including scaling and security issues. This encourages a strict, stateless design philosophy as the server can’t manage tons of information.

This makes things simpler, except at the design and architecture stage. That’s when it becomes more interesting to design. Organizing a serverless database schema requires care because it’s more limited than standard databases.”

2. What excites you about these serverless technologies?

“Serverless makes server maintenance easier. It lessens the amount of stuff that can go wrong, and makes developing easier. People hate worrying about their servers during downtime.

3. How are these technologies influencing the world?

“A lot of companies are integrating serverless technology. It’s easier than ever to build the backend for your new app or game. This helps startups get their products out. A back-end that scales automatically means there probably won’t be a crash right after launch. User experience is improving, too.

Dedicated servers like Amazon’s or Google’s will probably mean fewer credit card hacks. I say ‘probably’ because there is risk of (unlikely) bug exploitation.

4. What are the implications of serverless technology?

“Developers won’t have to do so much back-end plumbing, scaling and security, because serverless takes care of it. More time can be spent on what matters, like UI, design and graphics.

5. Can you expand on how serverless technology helps with scaling?

“Say you write your code in a small, stateless manner. It’s Amazon’s job to deploy that to as many servers as necessary. They do have some limits, but they’re very high. Whether your app does one request per second or 500 makes no difference.

It’s also much cheaper for the developers. You pay a fixed cost to run your own server, which can be $80-100/month. Many startups spend money on inactive servers because an app or product doesn’t need much attention. With Amazon’s Lambda, the bill may only be 10 cents.

6. How would you start learning about serverless technology?

Projects have different requirements, and you should know all your options. Sometimes going serverless will be best. It’s a quick way to get moving and prototype a system.

To get started with serverless, start with your favourite provider, like Google’s Cloud, Amazon’s Lambda or Microsoft’s Azure. Learn from their start pages. Some link to DIY features which let you get a feel for the tech.

The Recap – About Ryan

Family: Husband and father of an active 9 year-old diver

Business hero he’d like to have lunch with: Elon Musk

Ryan was sad to retire his “clicky” PS2 keyboard from 1996

He gets along with MACs and PCs

The Uses and Potential of 3D Printing

“It will be become easier to learn, more usable and more mainstream.”

It’s just as it sounds, three-dimensional printing. You use your computer to design something you want, press print, and watch as your design becomes tangible. The software deconstructs the design into layers and sends those instructions for printing the layers to the printer. A variety of materials can be used in this process. 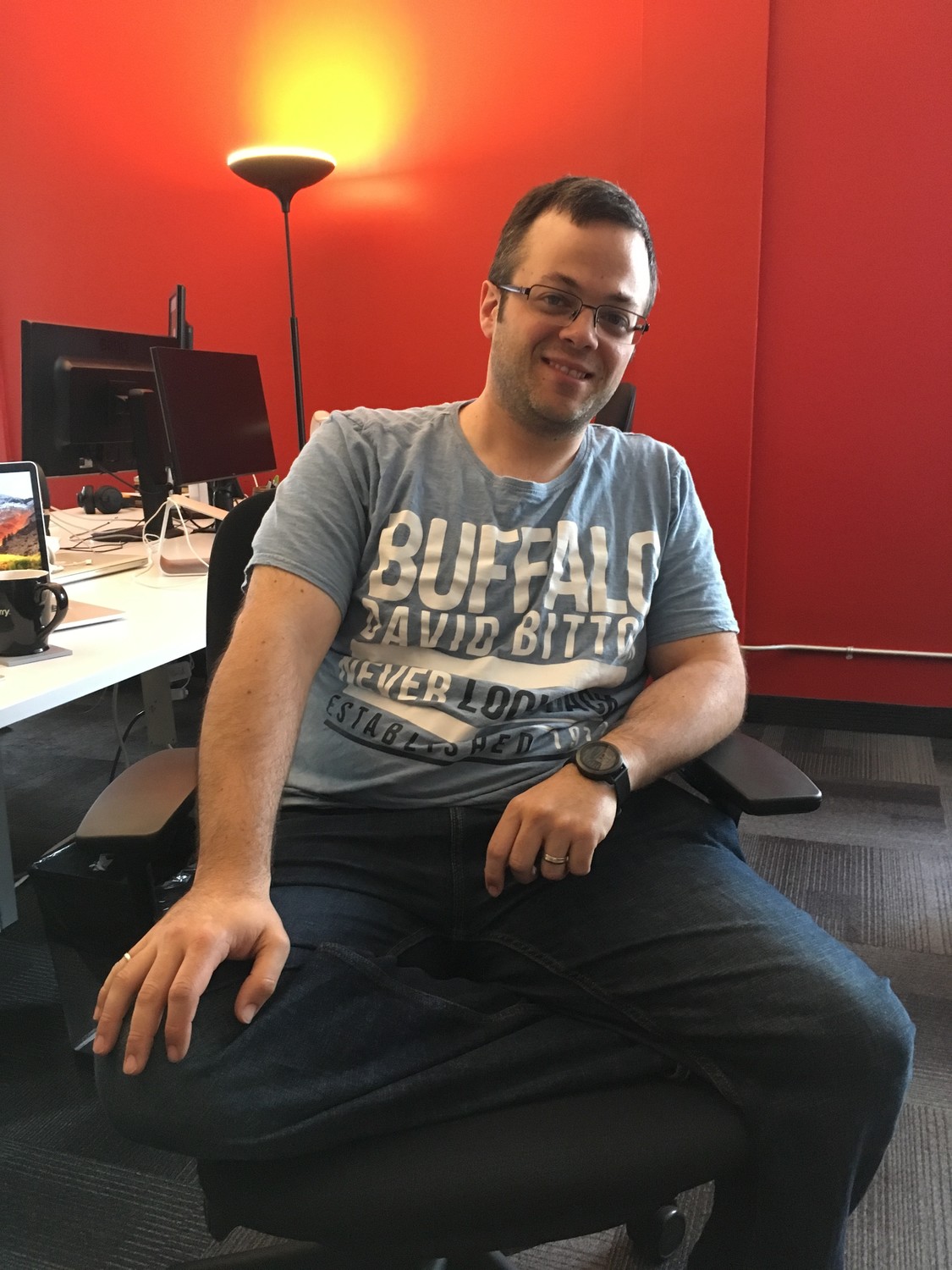 BitBakery CTO Joe Reda (no average Joe) is an avid 3D printing hobbyist. Joe is a software engineer and leads the development team at BitBakery Software. He is passionate about all things tech, is an accomplished Big Green Egg BBQ grill master and loves (good) coffee.

“Making toys for my son. He calls our printer the toy machine.”

2. What are some of the most fascinating developments you know of?

“Custom-made products that you can buy. We’re seeing applications that aren’t just prototypes and production costs are coming way down.”

Joe directed me to Invisalign, a large company which 3D prints “comfortable, removable and almost invisible” braces. Each set is unique as per client prescriptions. Users are prompted to change aligners weekly, making the treatment roughly 50% faster than conventional methods. While Invisalign is pricey, its costs have been steadily declining.

Feetz is another example. They specialize in 3D printed, custom footwear. Over 5000 data points are collected about a client’s foot before any printing. Feetz is a small company disrupting larger companies using 3D printing tech. The fine cut footwear “fits like a glove” compared to regular shoes.

3. Where is 3D printing headed?

Joe believes printers will become quieter, and safer. 3D printers often use toxic chemicals which require acute knowledge. Thus, they can be dangerous to new buyers. He avoids using more toxic materials (such as ABS) when printing in his home. Joe predicts that users will be better informed as the technology matures and technological solutions will help mitigate the risks.

4. At a global level, how important do you believe this technology is?

“You mean, could we get to a place where it’s as important as a smartphone? Maybe. I doubt everybody will have one, but we’ll get to the point where everybody will be affected by one.”

While Joe believes that the technology will continue to integrate itself into our lives, printers won’t be ubiquitous. We may become more likely to go to a 3D printing shop (or some version of this idea) than to print anything ourselves. Regardless, it could mean significant advances in some areas of production.

5. What problems has 3D printing caused?

Joe suggested that I learn more about the Liberator, the world’s first 3D printed gun.

“3D printed guns are a thing now. People can print whatever they want.”

Despite attempts to restrict the designs, they remain readily available online. It has been a point of concern for governments for its potential to bypass traditional methods of acquiring a firearm.

6. What problems could 3D printing cause?

“Industry disruption. Some companies could get left behind by innovators. ”

“It’s just a part of the business cycle, though” he reasoned. Innovation causes disruption.

7. What problems has 3D printing solved?

“Customized manufacturing. NASA makes 3D printed parts for their spacecrafts. It can be used to repair household items and some medical problems.”

To replace a broken handle on an LED stick, Joe printed a new one.

In a medical context, customized manufacturing has helped tailor artificial limbs to those in need. As an example, a Jordanian hospital has been building lighter, cheaper and higher quality limbs than traditional units. The limbs are fitted to wounded soldiers of the Syrian war.

8. What problems could 3D printing solve?

“It can solve problems in the areas of prosthetics, food, organ transplants and other medical issues.”

In addition to tailored prosthetics, a market of 24 million people, 3D printing could help us replace organs.

Organovo, a San Diego company, prints organ tissue from donor cells. The cells can be kept alive for up to a year. Their long-term goal is to fully replace organs.

3D printing is here to stay. The technology offers solutions to some big problems. It has a lot of promise, and it’s worth learning about as a consumer and as somebody interested in its impact on business. 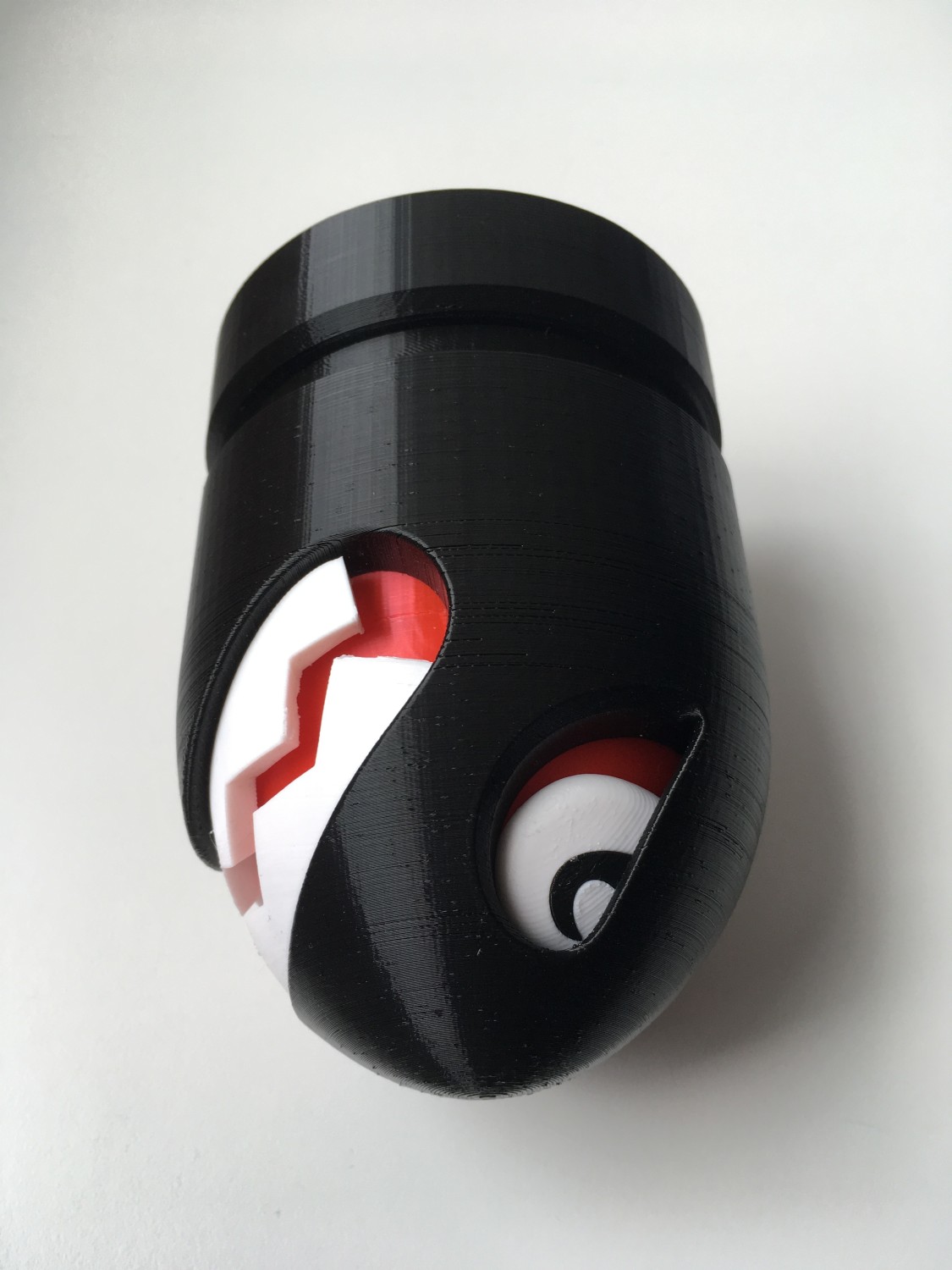 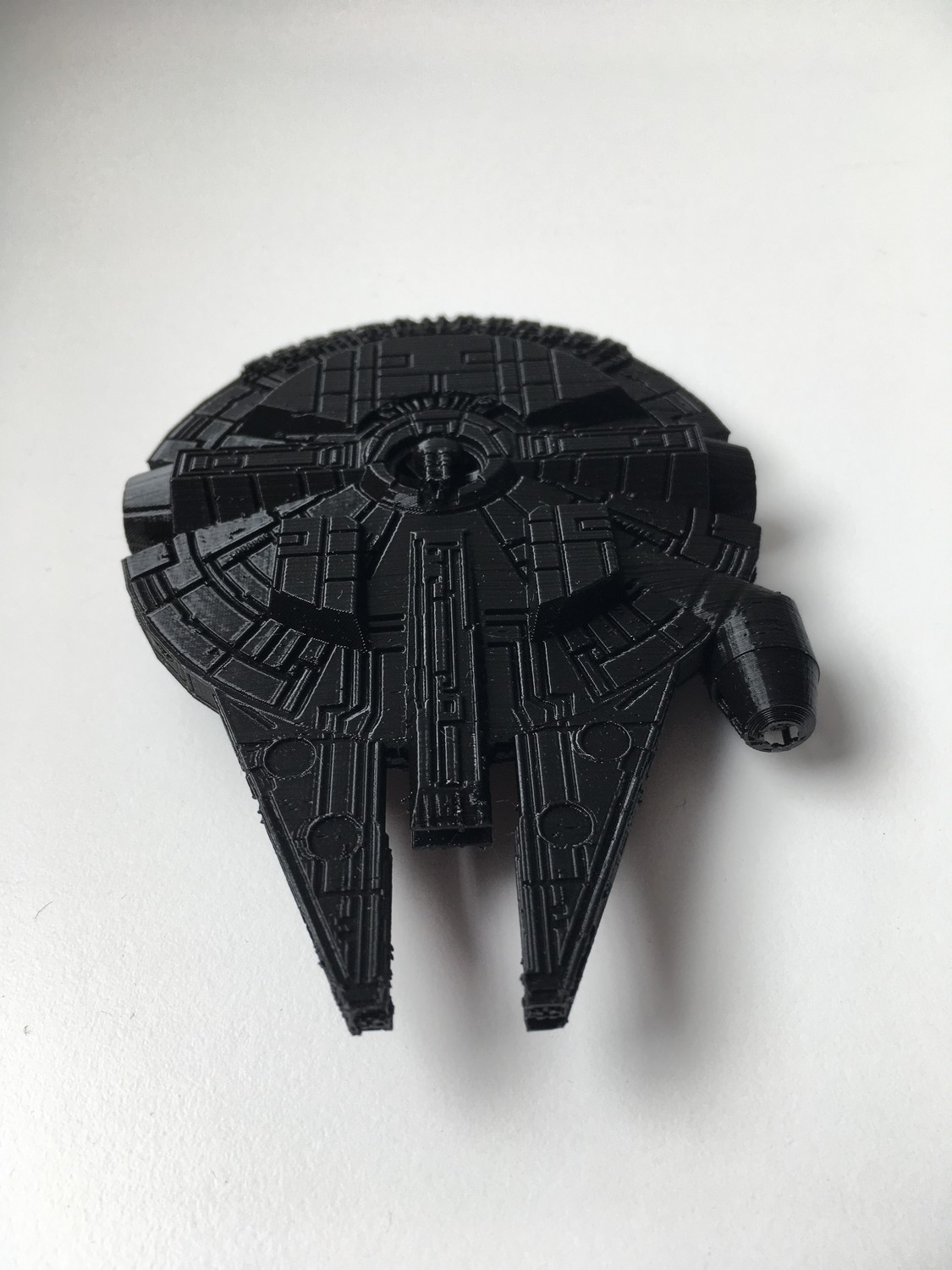 The Recap – About Joe

Person he’d like to have lunch with: Steve Wozniak

Joe changes his own snow tires.

His current IRC update is a wimpy 314 days.

He’s made literally thousands of pizzas.